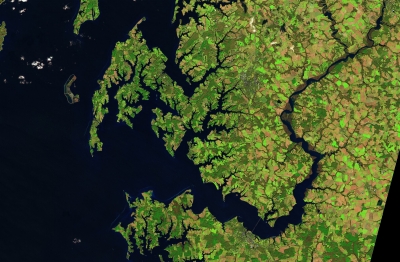 According to the Food and Agriculture Organization (FAO), more than 820 million people in the world do not have enough to eat, making food security an urgent concern. There have been significant efforts to end global hunger by 2030 as part of the UN's Sustainable Development Goals; nevertheless, the world has been getting hungrier every year since 2016. In addition, an expanding global population, impacts of climate change and anticipated demographic shifts will increase demand for food production and for more resource-intensive mixes of foods over the coming decades.

New approaches to addressing food insecurity are desperately needed, and emerging technologies are viewed as possible solutions to this persistent problem. A multidisciplinary team sought to disentangle various factors involved in the challenge of food insecurity, and gamify pathways towards implementation of cutting-edge technologies for potential solutions.

The team reviewed how select technologies — blockchain, artificial intelligence (AI), satellite imaging, and the Internet of Things (IoT) — are or could be respectively implemented in South Asia, with particular attention to India and Pakistan, to decrease uncertainty and mitigate risks for farmers to support agricultural production and distribution. To effectively investigate the various factors and stakeholders involved in the decision-making process, the researchers designed a paper prototype of a food system game where regional or national outcomes depend on actions of human stakeholder and/or AI players.