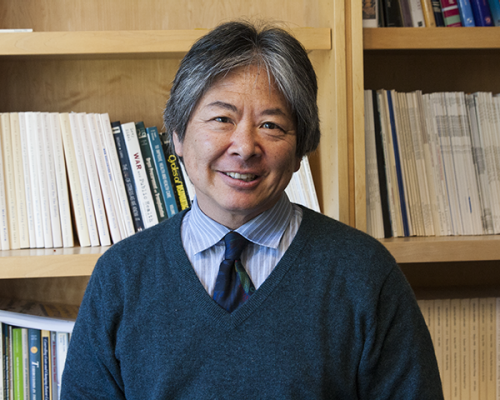 Martin Iguchi passed away on June 5 following a lengthy illness. He was a senior behavioral scientist in the Santa Monica office and senior advisor, special projects, for the Pardee RAND Graduate School.

In remembering Iguchi, Dean Susan Marquis noted, "Martin was a man with an extraordinary heart and an indomitable spirit. Wrestling with his health challenges for many years, he understood the reality of his condition but never lost hope and never gave in."

Iguchi had served on the school’s faculty for many years but in 2018 he joined the Pardee RAND leadership as program director for the school redesign. "Martin was essential in bringing the many elements of the redesigned school together as we moved to implementation," Marquis said.

In 2020 he took on the role as interim lead for the Community-Partnered Policy and Action academic stream, playing a critical role in the development of both the academic program and our first community partnerships in Los Angeles and Sitka, Alaska. He also generously supported Cynthia Gonzalez as she joined the school as the first director of the Community-Partnered program.

"Martin was invaluable in the re-accreditation of the school’s redesigned program, achieved in March 2021, and in most recent months was developing an ongoing and evaluation process to ensure the school was learning through doing and continuing to develop and improve our new program," Marquis added.

Iguchi first joined RAND in 1997 and served as the codirector of RAND’s Drug Policy Research Center from 1997 to 2004. He transitioned to an adjunct staff role in 2004 as he took on faculty and leadership positions at UCLA and Georgetown University, including serving as dean of Georgetown’s School of Nursing and Health Services.

In 2015, he returned to RAND as a regular staff member. He made significant contributions to research on drug treatment and policy, particularly for vulnerable and underrepresented populations. His work also focused on mental health and quality of life issues, and on improving health services for those living with HIV/AIDS.

He will be remembered for his dedication to his work and his exceptional mentorship to students and staff throughout his career at RAND.

"Most of all," Marquis said, "Martin was a true humanitarian, caring for the people around him and those who may be underserved, discriminated against, or generally disregarded in public policy and policy research. Martin sought out and listened to all of the voices that must be heard. This is his legacy and we will miss him in our lives and the work we do."

In keeping with his wishes, his family has asked that memorial contributions be made to the RAND Center to Advance Racial Equity Policy; a direct link has been set up at www.rand.org/iguchi.

An event to celebrate Martin and his many contributions is being planned for early autumn, and details will follow. 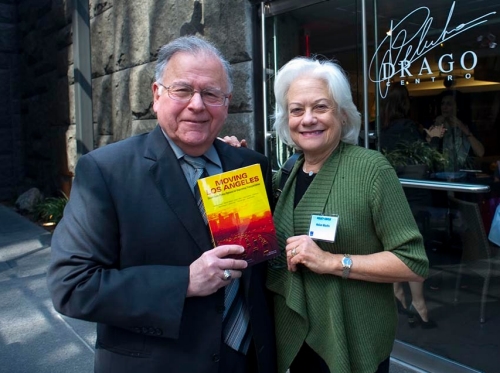 Marty Wachs, with wife Helen, at a 2012 RAND Policy Circle event. He is holding a copy of the RAND r​eport Moving Los Angeles: Short-Term Policy Options for Improving Transportation, which he co-authored.

Martin (Marty) Wachs passed away on April 12. Throughout a distinguished academic career that spanned more than five decades, as well as his time as director of the Transportation, Space, and Technology Program in the former RAND Infrastructure, Safety, and Environment division from 2006 to 2010, Wachs made invaluable contributions to the fields of urban planning and transportation policy. He continued his relationship with RAND in an adjunct capacity until the time of his passing.

Wachs's research sought interdisciplinary solutions to improve quality of life, enhance community resilience, and support sustainable public infrastructure. At RAND, he addressed such challenging policy problems as the worsening traffic congestion in Los Angeles; the need for coordination among federal, state, and local habitat conservation initiatives and with competing interests; the pros and cons of performance-based accountability systems for public services; and the need for transportation policies that could accommodate an uncertain energy future.

At a time when governments were straining to bridge significant gaps in financing for transportation infrastructure, Wachs and fellow RAND researchers provided thorough evaluations of the implementation burden and likely outcomes of such direct and indirect funding strategies as fuel taxes and mileage-based road-use charges. Recently, he contributed recommendations for sustainable U.S. freight policy revisions and a federal agenda for transportation and water policy and investment.

Wachs was an emeritus distinguished professor of urban planning at the University of California, Los Angeles (UCLA), where he served three terms as chair of the Department of Urban Planning and was the inaugural director of the Institute of Transportation Studies. He had joined UCLA just as it started its Graduate School of Architecture and Urban Planning in 1971, establishing himself as a pioneer in the fields of urban planning and transportation policy. Before joining UCLA, he taught civil engineering at Northwestern University and systems engineering at the University of Illinois at Chicago. He had also served as a captain in the U.S. Army.

Throughout his career, Wachs was generous with his time in mentoring the next generation of urban planners, policy experts, transportation and urban planning officials, and academic researchers.

Wachs shared his expertise with public officials across the country, including in testimony to the Texas Study Commission on Transportation Finance, the National Surface Transportation Policy and Revenue Study Commission, and California’s independent oversight commission on state economic policy, and in a series of workshops on climate, energy, and transportation policies. He also served on numerous federal, state, and local advisory boards and commissions, including as chair of the Transportation Research Board (TRB), part of the National Academies of Science, Engineering and Medicine. Most recently, he served on an advisory committee on California’s high-speed rail system development and chaired the design commission for ambitious improvements to New York City’s main bus terminal, the world’s busiest.

In addition to a Guggenheim Fellowship and two Rockefeller Foundation Humanities Fellowships, Wachs received numerous awards for his work, including a UCLA Alumni Association Distinguished Teaching Award, the Pyke Johnson Award for the best paper presented at an annual meeting of the TRB, and the Carey Award for service to the TRB. He was also named a distinguished planning educator by the Association of Collegiate Schools of Planning, its highest honor.

Wachs was a devoted fan of the Los Angeles Dodgers and was a longtime UCLA basketball season ticket holder.

An online service was held on April 15. Memorial contributions may be made to the charity of your choice or to the Martin Wachs Fellowship in Transportation, which provides financial assistance to transportation policy and planning students, via the UCLA Urban Planning Professors Emeriti Fund or the UCLA Foundation. (Checks payable to the UCLA Foundation should include “Fund #90695Q” in the memo field.)

UCLA has created an email alias for memories and condolences to be forwarded to Wachs’s wife, Helen: rememberingmarty@its.ucla.edu