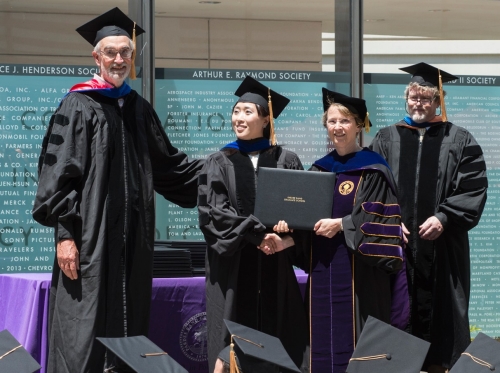 Professor Emmett Keeler has taught 51 courses — and nearly every student at Pardee RAND — over the past 41 years. Of his 200 papers and reports, many featured one or more students (26 in total) as coauthors. He chaired eight dissertation committees and served on eighteen more. But numbers don’t do justice to this faculty institution, who retired this summer from Pardee RAND.

A Half-Century of RAND Research 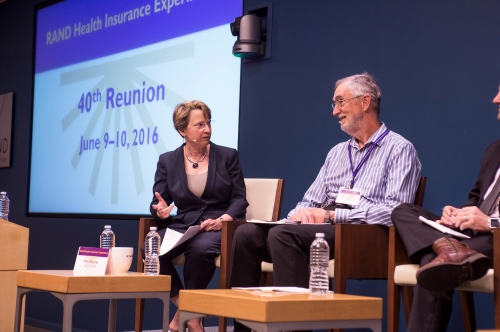 Keeler started at RAND as a summer intern in 1967 while working on his Ph.D. at Harvard, and joined full-time in August 1968.

Alum Kathy Lohr (cohort '75) worked with Keeler on RAND's Health Insurance Experiment in those early years, before she started her Ph.D. studies at the then-RAND Graduate Institute.

"He was (and I'm sure remains) a true gentleman, thoughtful and kind to a newcomer to RAND," Lohr recalled. "He also was a good writer, and one good memory is his strong aversion to the passive voice! So he taught me a great deal, even well before he began teaching at the RAND Graduate Institute."

“The Health Insurance Experiment was the best,” he said. “A group of young bright researchers got ample money and used it to invent many of the methods used in health economics and health services research to this day. The big result — that moderate cost sharing plans or HMOs like Kaiser reduce spending compared to free care, but without negative effects on health for most people — was unexpected and had a big impact.”

His experience with the Health Insurance Experiment led Keeler to teach the courses Health Economics and Cost-Effectiveness in Health Care, as well as Cost Benefit and Cost Effectiveness Analysis, and the core course Decision Analysis.

For many in the Pardee community, it is hard to believe that students in Pardee RAND’s incoming cohort will not have a class with Keeler. In fact, since he began teaching in 1979 — other than a brief period from 1993 to 1995 — he has taught Decision Analysis to every student who has passed through the school.

When asked what he liked about teaching, Keeler commented, “I’d like to think that the simple mathematical tools we taught [in Decision Analysis] were new to many students and helped them get a good start on thinking about problems they face later.”

“Good teaching technique gets students to do something other than zone out in class. I like problem solving in groups.”

He added: “Good teaching technique gets students to do something other than zone out in class. I like problem solving in groups.”

He also welcomed and learned a lot from student feedback, which he said made him a better teacher.

As for how he collected that feedback? “I gave out cards for comments and suggestions after class, and occasionally after a good class, someone would make a glowing anonymous comment. I tape them up to the wall, next to my grandkids looking cute.”

“I always liked students who looked interested, and asked good questions, or gave me a good example to think about. It’s great later when an alum says they used something they learned in my class.” 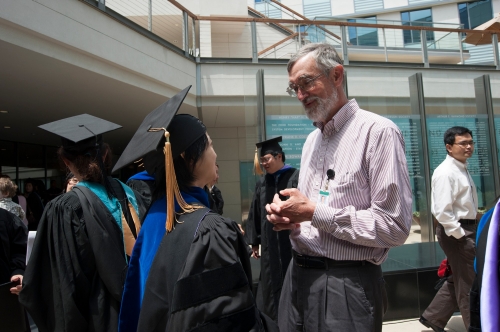 Keeler talks to a graduate at the 2010 Pardee RAND Commencement

One such alum, Ruopeng An (cohort '08), noted that Keeler was not just a "lifetime mentor," but also a friend.

"During my four and a half years at Pardee RAND, he invited me to work with him on several research projects concerning cost-benefit and cost-effectiveness analysis. He was my go-to person whenever I had a personal issue or academic question," An said.

"He was always open-minded, humourous, and easy-going. Despite his dazzling achievement, he remained modest and was always a great listener. I could not count the number of occasions and hours I exchanged my views and thoughts with him at his home or office. His sincerity, fairness, genuine passion for science, and warm heart inspired me."

“I love the final oral presentations when a student has written a good dissertation, the committee intends to sign off, and fellow students, family and even interested outside policy advisors happily watch the graduate-to-be strut their stuff,” he said.

One student whose committee Keeler chaired was Alum Arash Naeim (cohort '99), who credits Keeler with his academic and post-graduate success.

"In addition to being a course instructor, Emmett was my mentor and doctoral chair. My interest in health economics, cost-effectiveness, and operation research really derived from Emmett," he said.

Keeler is "an outstanding communicator, especially in written format, with an ability to simply but effectively convey complex concepts,” Naeim added. “I made it through RAND largely due to Emmett’s faith in me and can easily say I would not be where I am today without his guidance and mentorship.” 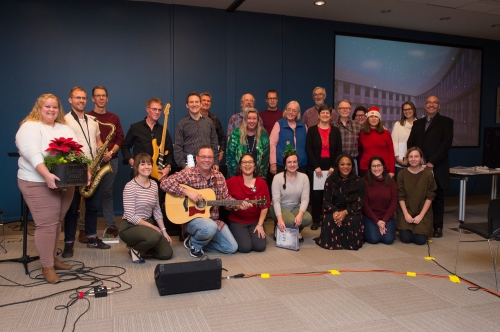 “Perhaps more importantly,” Naeim said, “Emmett was a great mentor about life, work-life balance, and how something as simple and joyful as a mid-day beach volleyball game can be essential to have a clear head and a productive day.”

Indeed, Keeler agreed that the weather and RAND’s location — “just 5 minutes from the beach volleyball courts” — provided “thousands of fun-filled lunch hours over the years.”

But volleyball was hardly Keeler's only recreation; he has also caroled at RAND since the 1970s and is a long-time member of the Santa Monica office's Music Club.

“RAND has been the day job for some excellent musicians over the years, and they have given the rest of us opportunities to make some noise,” he said.

Pardee RAND executive assistant Jennifer Prim said it was through caroling that she and HR director Allison Elder convinced him to audition for the Angel City Chorale. 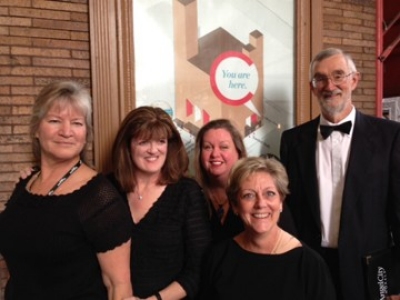 In 2014, Keeler (right) performed at Carnegie Hall with RAND colleagues (including Jennifer Prim, center) in the Angel City Chorale.

"He has now been an integral member for many years, touring with the choir on a number of occasions," Prim said. "Emmett and I even made a video for the choir in the halls of Pardee RAND — which you might be able to find along with the films of alien spacecraft that we keep in the RAND archives," she joked.

Now, thanks to his retirement from teaching, he said, he is “deep into hobby mode – I play online bridge with RAND alumnus and Harvard professor Joe Newhouse,” with whom he worked on the Health Insurance Experiment, as well as a lot of tennis and golf. He recommends the weekly puzzle from the Museum of Math mindbenders.momath.org, among other puzzles, and a member of Cinefile, “the last great DVD store in Los Angeles.”

A Legacy of Mentoring

Associate Dean Rachel Swanger said what she remembers and appreciates most about Keeler was his dedication to student learning.

Keeler served on the school’s Faculty Committee for Curriculum Affairs (FCCA) — the group that reviews and approves new courses — on and off for more than 15 years, under each of the school’s deans.

“A big recurring issue was establishing norms for how much work a professor could expect students to do,” he said. “One successful change with John Graham was moving the qualification exams up to the end of the first year, so that students could get on with their dissertations and graduate faster.”

Through his work on the FCCA, Keeler said he appreciated the chance to mentor his fellow professors as well.

“We teachers have to ask ourselves, Is what I am doing better than having the students read a book? And a sobering reminder, Was this class worth $100 to each student?”

Swanger recalled, “When we were reviewing syllabi, he would invariably ask prospective teachers, ‘How are you going to ensure students read the assignments?’ Then he would always share his tips and tricks for keeping students engaged with the new instructors,” she said.

“He was a master teacher and we will miss him, but his legacy will live on.” 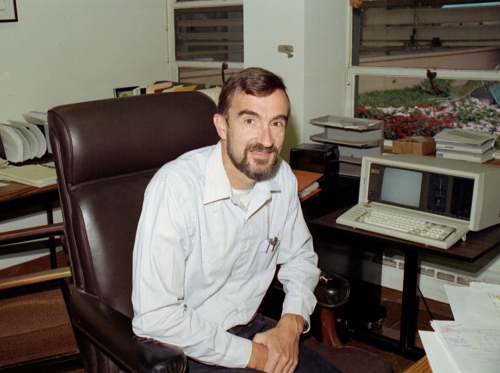 Keeler at his desk with an early computer 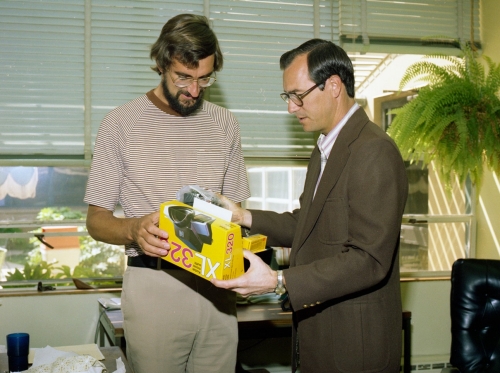 Keeler receives a gift in 1978, in recognition of his 10th anniversary at RAND 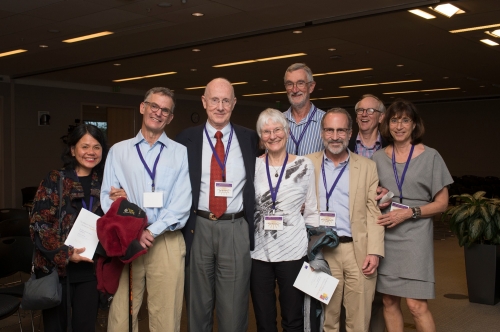 Keeler and colleagues (including alum Jeffrey Wasserman) after the 2016 Al Williams Memorial Lecture, at which Joseph Newhouse was the guest speaker 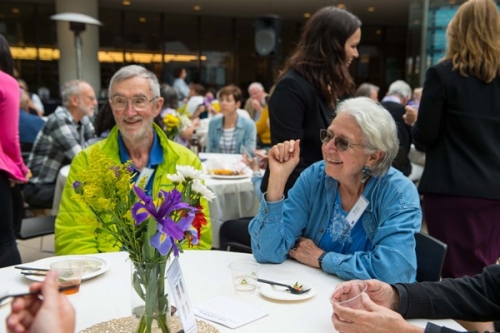