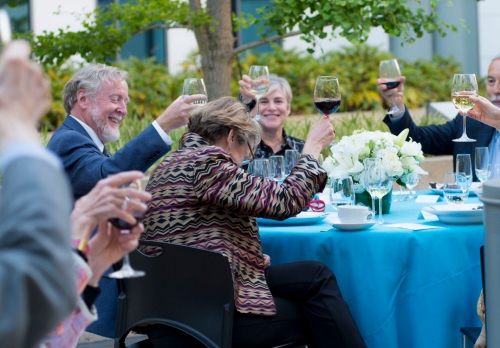 With music and dancing, fantastic food and drinks, and many toasts and tears, Pardee RAND feted Susan Marquis on August 31 in celebration of more than 12 years as dean and 9 years as RAND vice president of innovation. The outdoor party included dozens of students, alumni, faculty, and staff from the school and RAND.

A week earlier, more than 100 colleagues — some in Santa Monica, but many offsite — celebrated the dean via a Zoom call, with more than a dozen speeches and shared recollections, and much laughter.

Here we excerpt some of the comments that her colleagues shared, as well as a selection of the many statements Susan herself made — with her jackets — over the years. 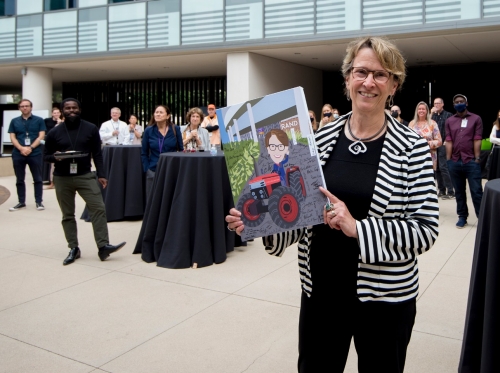 At her farewell party, with a gift coordinated by the Student Leadership Council, playing off her book I Am Not A Tractor.

With Jim Lovelace and Joe Greer in 2020 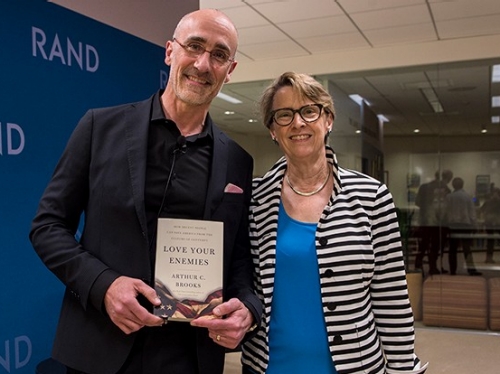 With Alum Arthur Brooks in 2019 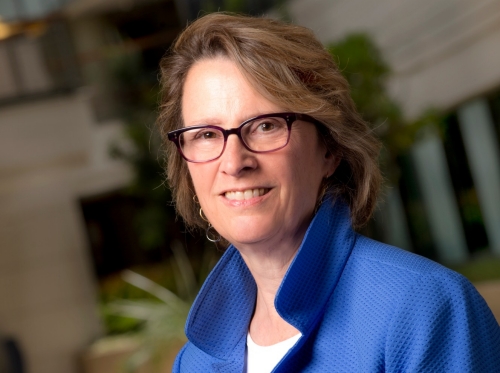 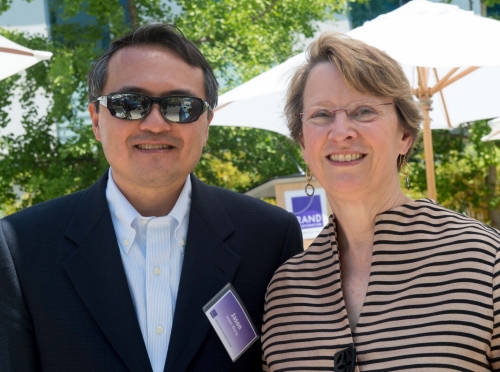 With Alum Jason Wang at Commencement 2016 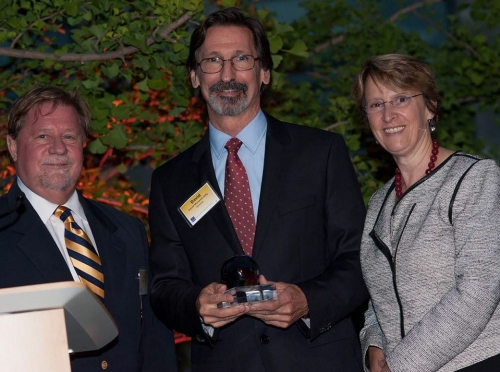 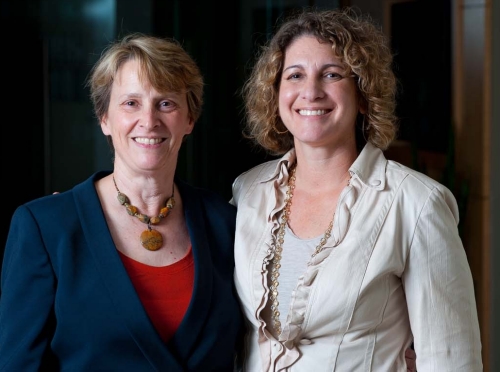 With Alum Samantha Ravich in 2013