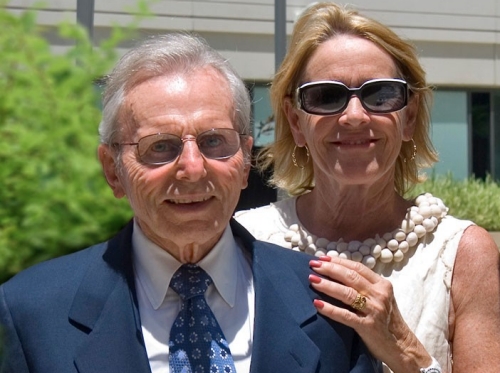 A $10 million gift from the family of Frank and Marcia Carlucci — a combination of current and planned giving — will endow scholarships, support the dean's priorities, and provide a title to the role of Pardee RAND dean.

Susan Marquis, whose title is now the Frank and Marcia Carlucci Dean of the Pardee RAND Graduate School and Vice President of Innovation at RAND, said of the gift and bequest, "Frank Carlucci’s extraordinary career and deep commitment to public service is and will be an inspiration to me and to all future deans. I greatly appreciate the trust of the Carlucci family to allow Pardee RAND to carry forward Frank and Marcia’s legacy."

Frank Carlucci, who passed away in 2018, had a long public service resume. His positions included deputy secretary of defense from 1981 to 1983; deputy director of the CIA during the Carter administration; ambassador to Portugal; undersecretary of the Department of Health, Education and Welfare; director of the Office of Economic Opportunity; and assistant to the president for national security affairs under Reagan, from 1986 to 1987. In 1989, Carlucci joined the Carlyle Group, an investment partnership in Washington, D.C., and served as its chairman from 1993 to 2003.

Their family's relationship with RAND and Pardee RAND is almost as extensive. Frank joined the RAND Board of Trustees in 1983, stepping down in 1987 after President Reagan appointed him secretary of defense. He rejoined RAND’s board in 1989 and served almost without break until 2007, when he became trustee emeritus. Carlucci was a founding member of the advisory board of the RAND Center for Middle East Public Policy, which he co-chaired with Zbigniew Brzezinski, President Carter's national security adviser.

Marcia has served as a longtime advisor to both Dean Marquis and RAND President and CEO Michael Rich.

Kristin Carlucci, Frank and Marcia's daughter, worked at RAND and RAND Europe. She focused on topics ranging from drug abuse to terrorism to rethinking the educational system. Her husband Joshua Weed is a Pardee RAND Graduate School alum whose dissertation helped the Air Force improve its housing procurement.

Prior to this gift, in 2012, Marcia and Frank Carlucci gave more than $2 million to Pardee RAND to establish an endowment for an annual scholarship.

Learn More about the Carlucci Family